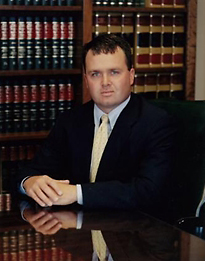 Biography
Mike was born on May 3, 1971 in Moscow, Idaho. After graduating from Moscow High School in 1989, Mike attended Washington State University. He graduated from Washington State in 1994 with a Bachelor’s Degree in English, with a Minor in Spanish Literature. While at Washington State, Mike also played football where he was a four-year letter winner as a quarterback. Mike came back to Idaho in 1996 and attended the University of Idaho School of Law, where he obtained a Juris Doctor Degree in 1998. Mike joined the law firm of Walker & Pattinson in 1998.

Mike is licensed to practice law in the States of Idaho and Washington, as well as in the U.S. District Court of Idaho. He maintains active membership with the Idaho State Bar Association, the Washington State Bar Association, and the Idaho Trial Lawyers Association. Mike is also actively involved in a number of community and civic organizations, such as the Moscow Central Lions Club and the Moscow Elks. He is also presently a Board Member for Stepping Stones, Inc.